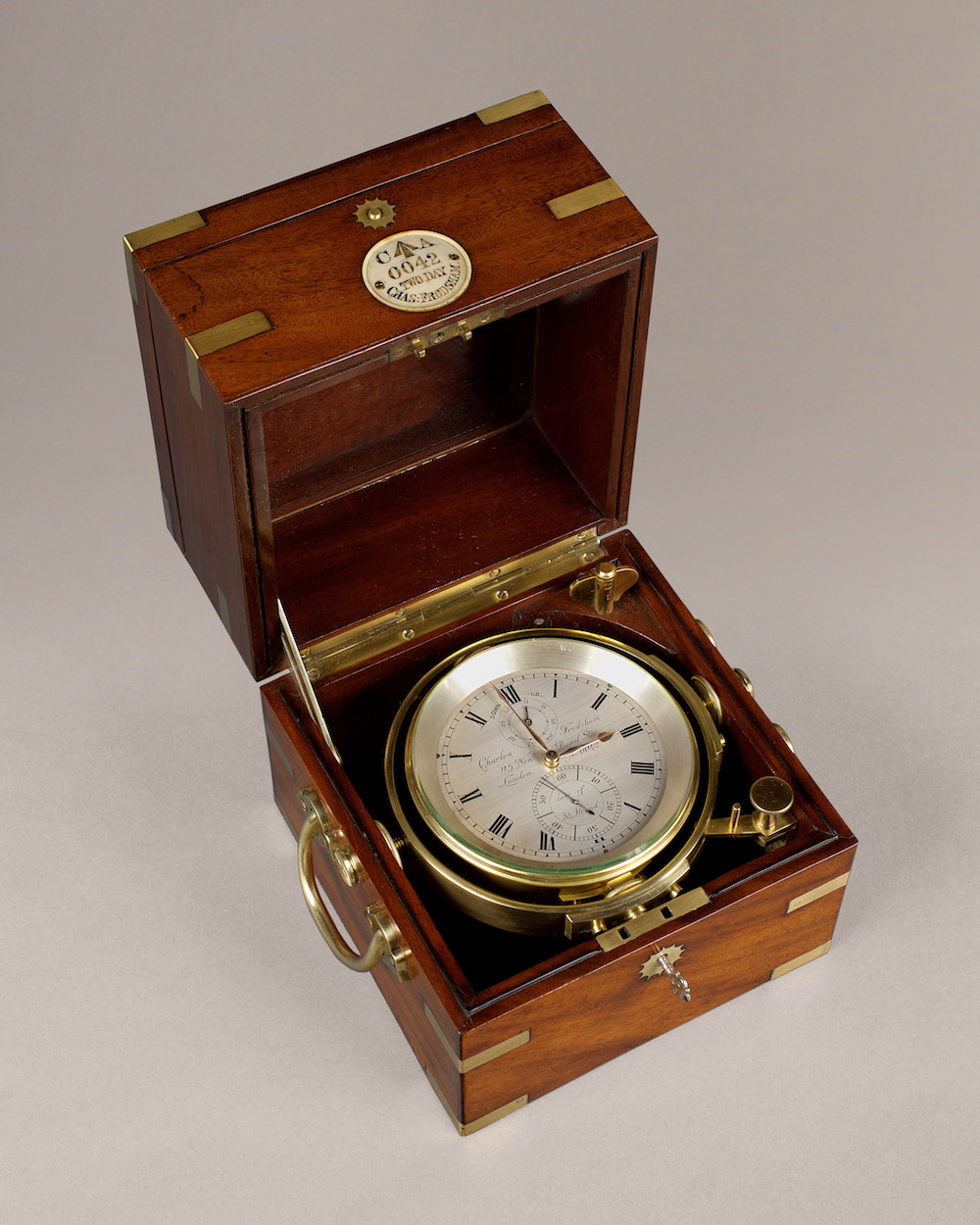 A fine two-day marine chronometer in its original mahogany box, with signed silvered and engraved dial with seconds and up-and-down subsidiary rings and original tapering gold hands. The four pillar fusée movement has an Earnshaw-type detent escapement with maintaining power to the chain fusée, helical spring and split compensated bimetallic balance with diamond end-stone. The 3 ¾ inch dial is signed by the maker with his address and numbered 0042 as above along with Late of Strand. There is a brass gimbal mounting which secures the movement to the case and it retains its original brass tipsy key.

The high quality brass bound mahogany box is in three tiers with a glazed viewing chamber and is in fine original condition. There is also a raised brass carrying handle to each side. The case is signed and numbered by the maker on an original ivory plaque and the number is repeated in the centre of the main dial and has the letters CA along with the Broad Arrow Ordnance mark.

The Frodshams were some of the finest watch and chronometer makers working in the 19th century. Charles Frodsham Senior took over the John Roger Arnold’s business in 1843 and Benjamin Louis Vulliamy’s in 1854.

This marine chronometer was bought in British Guiana after the second World War and it is said to have once been the main timekeeper for the port of Georgetown, the capital of the country.