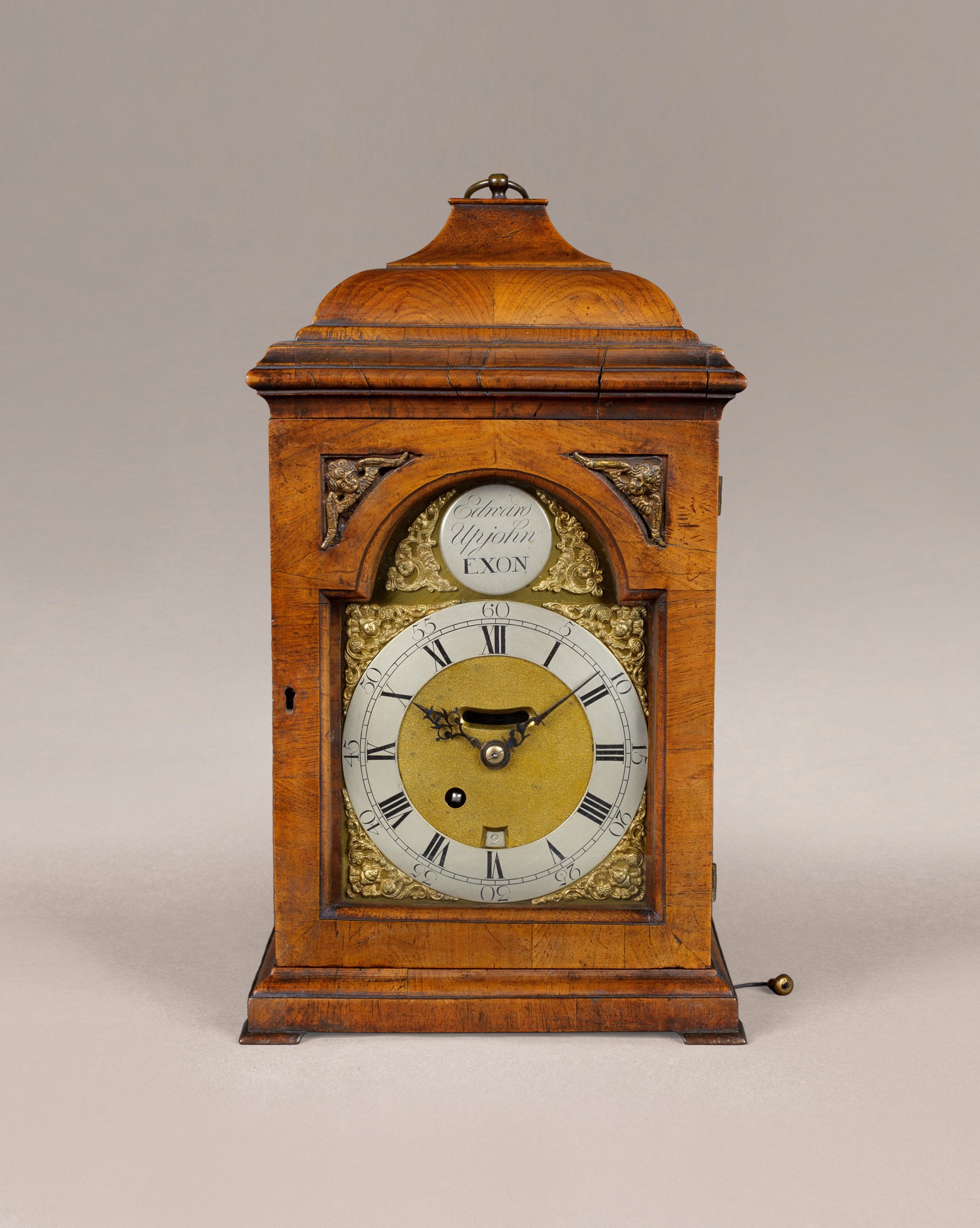 Origin
EXON
Date
Circa 1745 to 1750
A rare walnut George II period brass dial timepiece by this well-known Exeter maker. The 8-day movement has a fully restored verge escapement and hour and pull quarter repeatwork on two bells. The six inch arched brass dial has a raised chapter ring, male head and foliate corner spandrels, inset datework above VI and the maker’s signature on a disc within the arch.

The backplate is exquisitely engraved with scrolling foliage and in the centre there is a musician in 18th century dress holding a musical scroll.

* Edward Upjohn is listed on page 789 of Loomes’ ‘Clockmakers of the World: 21st Century Edition’. He was a member of one of Exeter’s most famous clockmaking families whose descendents worked both in Exeter and London during most of the 18th century and into the early 1800s.

Edward Upjohn began life as a stonemason in Shaftesbury or Shaston as it was known in the 1700s. He moved to America with his wife in 1723, firstly Philadelphia and then Charleston. However, due to ill health in 1726 they returned to Topsham in Devon where they remained until 1738. The family then settled in Exeter where Edward had a workshop until his death in 1764.