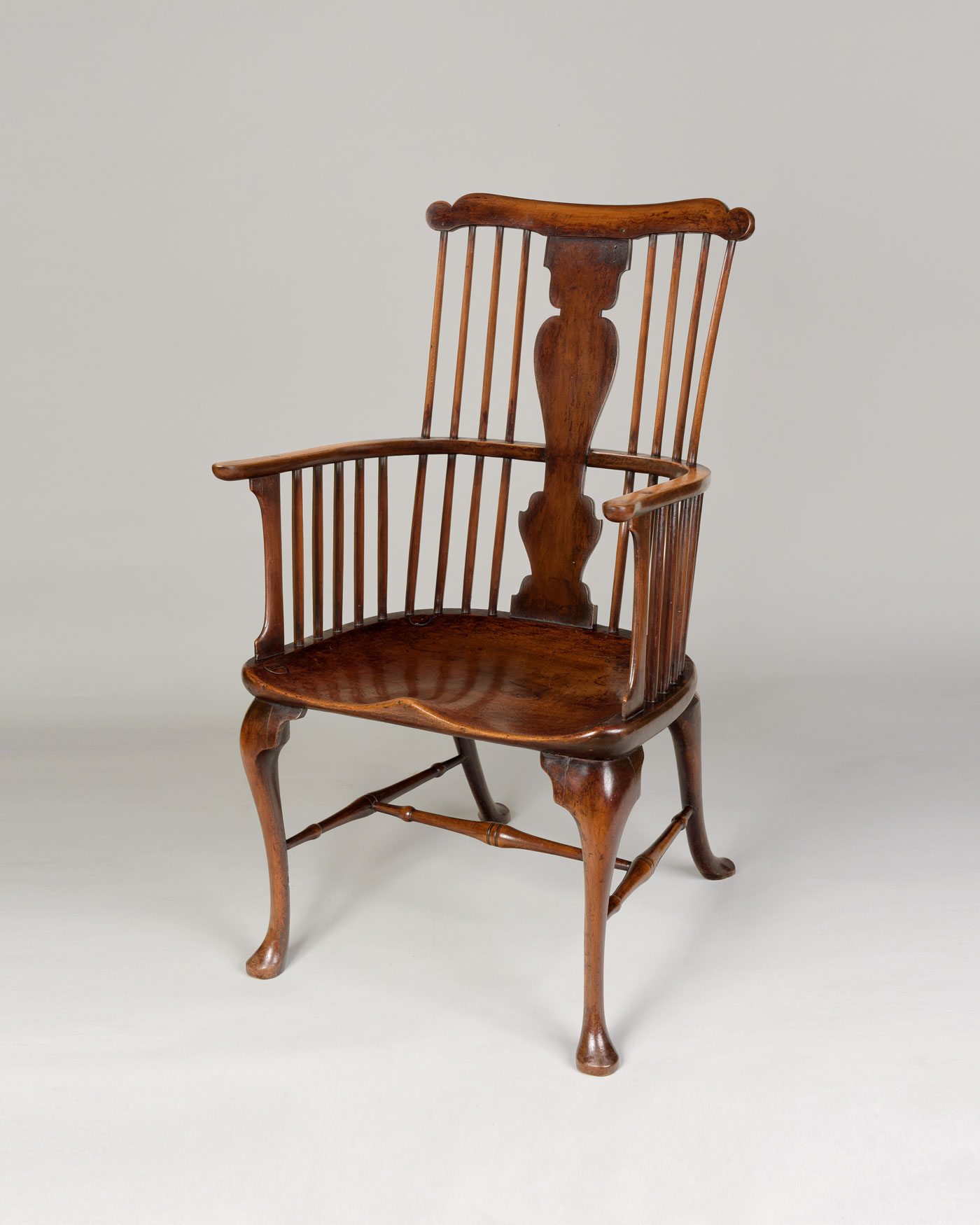 An exceptionally fine and rare walnut and sycamore comb-back Windsor chair, from the Thames Valley region.

The chair is of generous proportions having a large ‘saddle’ style seat carved from a single piece of walnut, surrounded by a gallery back, steam bent horseshoe arm rest and solid cabriole legs of sycamore terminating on pad feet.

* There is a similar chair in the Victoria & Albert Museum labelled Richard Hewett and a further by Pitt and Hewett in the Wycombe Chair Museum. Both chairs are from the Thames Valley and of exactly the same form and dimension as the chair offered. Many such chairs were made to the West of London in Buckinghamshire and Berkshire where plentiful beech woods provided the raw materials. The name probably derives from the town of Windsor, situated on the river Thames and therefore ideally located as a distribution point.

Windsor chairs were also produced in many other areas of Britain later during the 18th and 19th centuries. A Windsor chair is characterised by its construction; the seat is solid wood, with legs and arm-supports dowelled into it. Early Windsor chairs can sometimes be seen in paintings of gardens dating the mid-18th century.