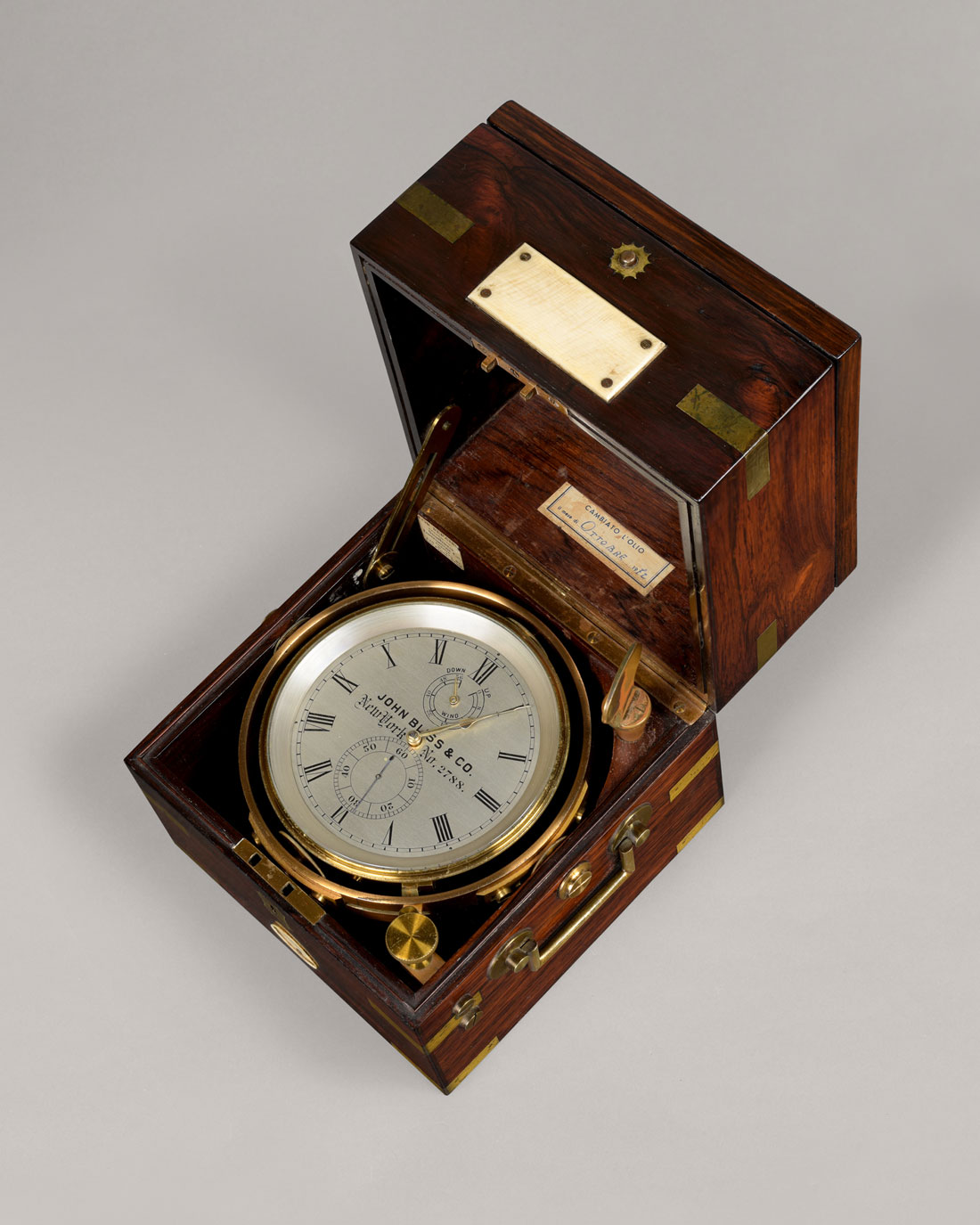 A fine 2-Day Marine Chronometer in a rosewood brass bound three-tier box by this well-known American maker. The 56-hour silvered dial is signed ‘John Bliss, New York, No.2788. The movement has spotted brass plates and a spring-detent escapement with Kullberg style balance. There is a subsidiary seconds dial, an ‘up & down’ dial indicating the state of the wind and a twelve hour dial with Roman hours and Arabic five minutes. The brass winding ratchet is original. The hands are gold, to avoid rusting in the salty sea air, and are almost certainly original. The well patinated 3-tier case has loop brass side carrying handles and brass bound corners.

* The firm of John Bliss operated from premises at 128 Front Street, New York, between 1880 and 1929.  Front Street runs from the Brooklyn Bridge to Hudson Ave. and Navy Street, close to the Docks Area. They supplied chronometers to the US Navy which were highly placed in the Washington Observatory trials of 1886. They are also recorded as supplying meteorological instruments and many of their movements were supplied by makers in England, particularly Victor Kullberg.

According to Mercer’s lists in ‘Chronometer Makers of the World’ the serial number of this Chronometer means it can be dated between 1875 and 1880.