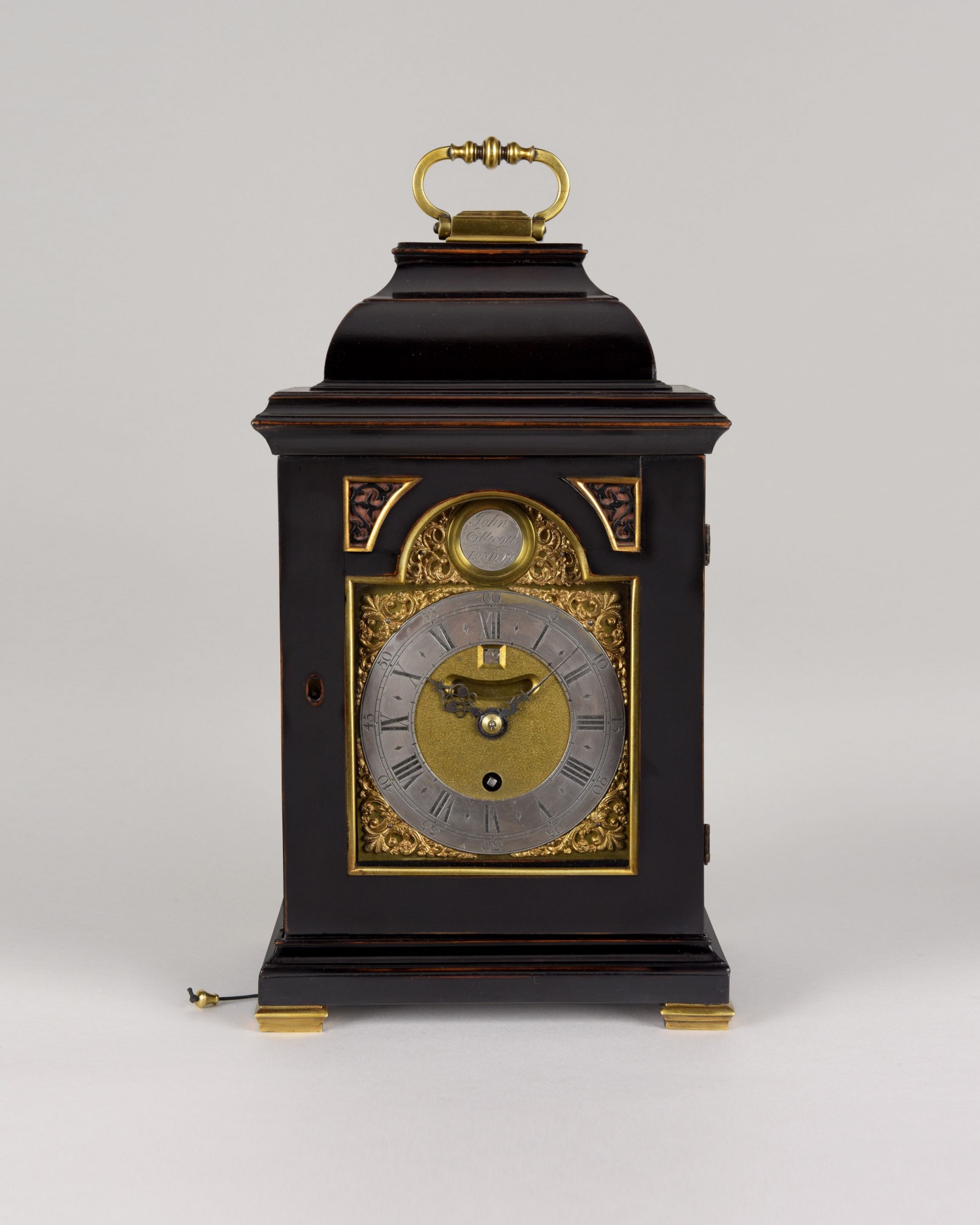 Origin
London
Date
Circa 1745 to 1750
A good George II period ebonised pearwood bracket of small size, the 4 ¾ inch arched brass dial with inset datework below XII and a central dummy pendulum aperture. The 8-day timepiece movement has a restored verge escapement with pull hour and quarter repeatwork on 7 bells.

* John Ellicott was born in 1706 and established his business in Swithin's Alley, Royal Exchange in 1728. He was the inventor of a compensation pendulum and he developed the use of the cylinder escapement. Like his peer George Graham, he became a member of the Royal Society, for which he wrote several papers. He was appointed Clockmaker to the King and he designed the London Hospital clock. He died suddenly in 1772 and was succeeded by his son. His work can be found in museums and royal collections throughout the world.