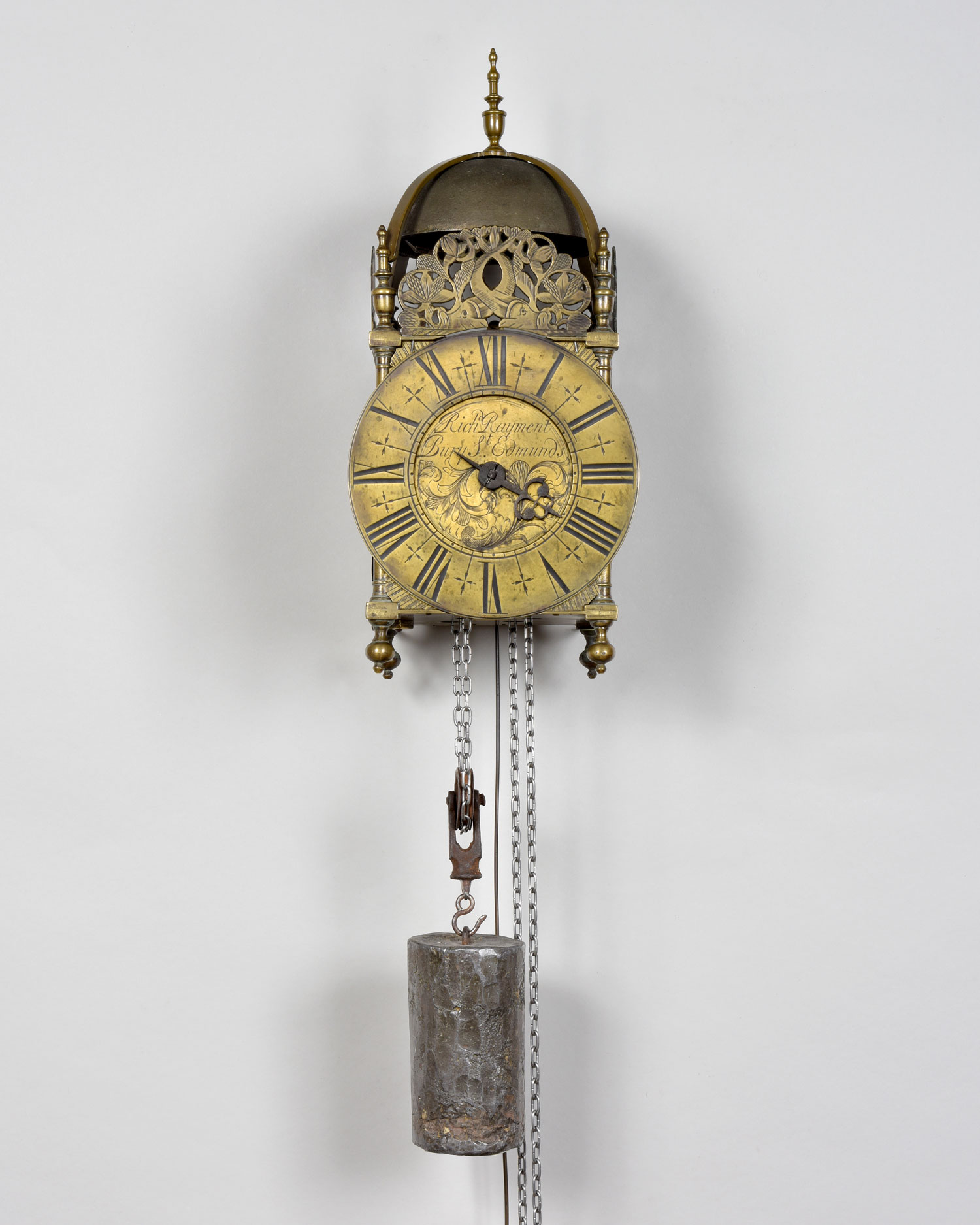 A good provincial lantern clock by this well-known Suffolk maker, the short duration weight-driven movement with original anchor escapement, long pendulum and hour-strike on a bell. The clock is in a lovely untouched state.

* The Rayments were a very well known family of Suffolk clockmakers. Richard Rayment was born in 1686 and worked in Bury St Edmunds from the early 1700’s until his death in 1754. He is the most highly regarded member of the Rayment dynasty.