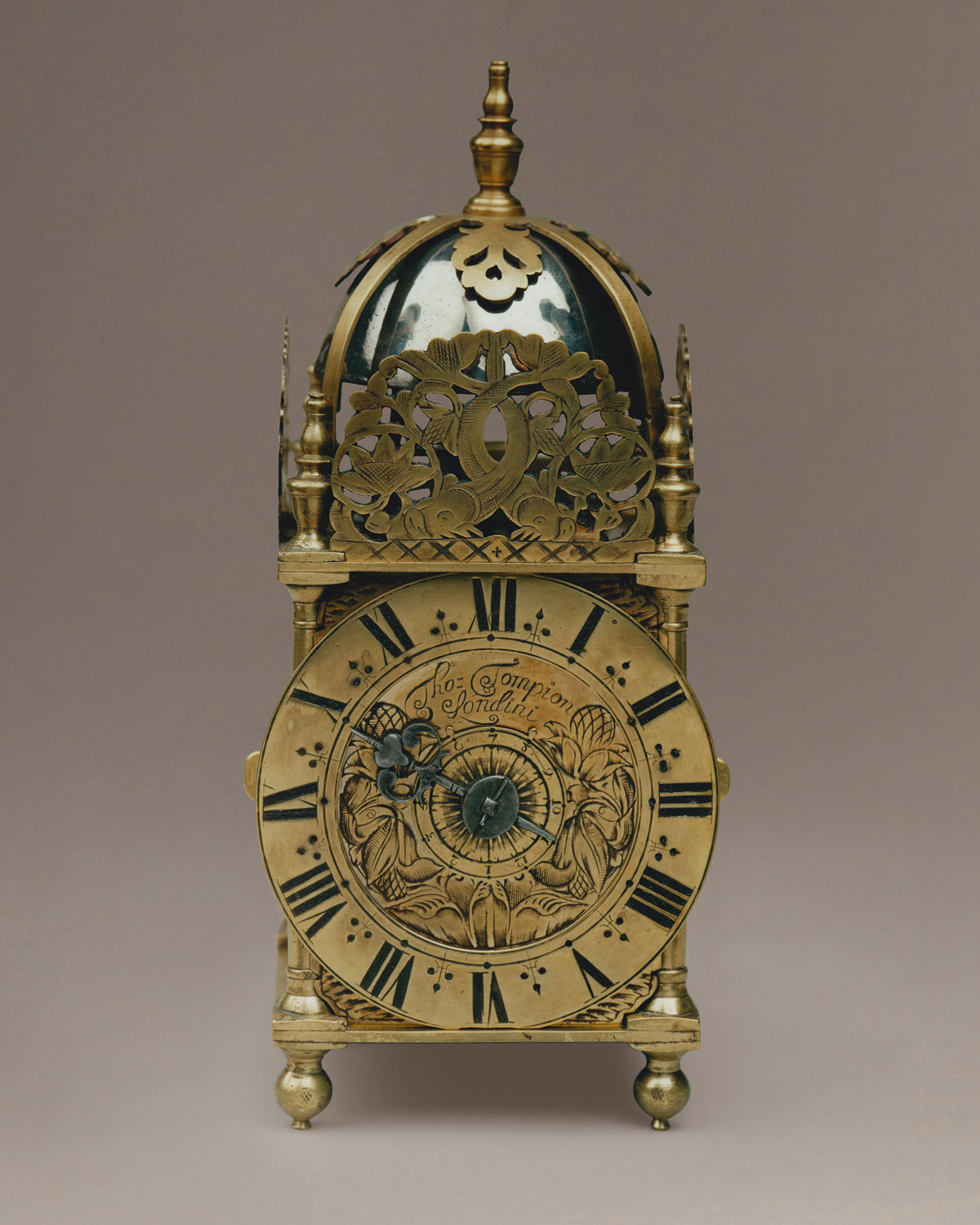 A rare 17th century  pre-numbered miniature brass lantern clock by this famous maker.   The maker’s signature is engraved to the dial centre below XII and the rest of the centre is filled with beautifully engraved leaves and flowers.  The centre of the original alarm setting disc is engraved with a rosette and Arabic hour numerals.

The elegantly proportioned miniature case  has dolphin frets which have a deep vertical shape, a typical Third Period London miniature London lantern clock feature along with the intermediate, pierced and shaped 'arms' or 'leaves' on the restored  bell strap.  The pierced blued and facetted steel hand is a sympathetic replacement.

* Thomas Tompion is widely regarded as England’s greatest clockmaker and his reputation is based on his grand Royal Commissions for walnut longcase clocks of long duration and such spring driven masterpieces as the year-going silver mounted Mostyn table clock in the British Museum. He made very few lantern clocks as they were probably not cost effective in terms of time and value relative to more important productions. Such clocks were mostly destined for the servants’ quarters or pantries, but today they have a real folkloric appeal. This well-recorded, provenanced example is unnumbered with a narrow chapter ring and therefore has more pleasing proportions than many of Tompion’s later numbered lantern clocks.