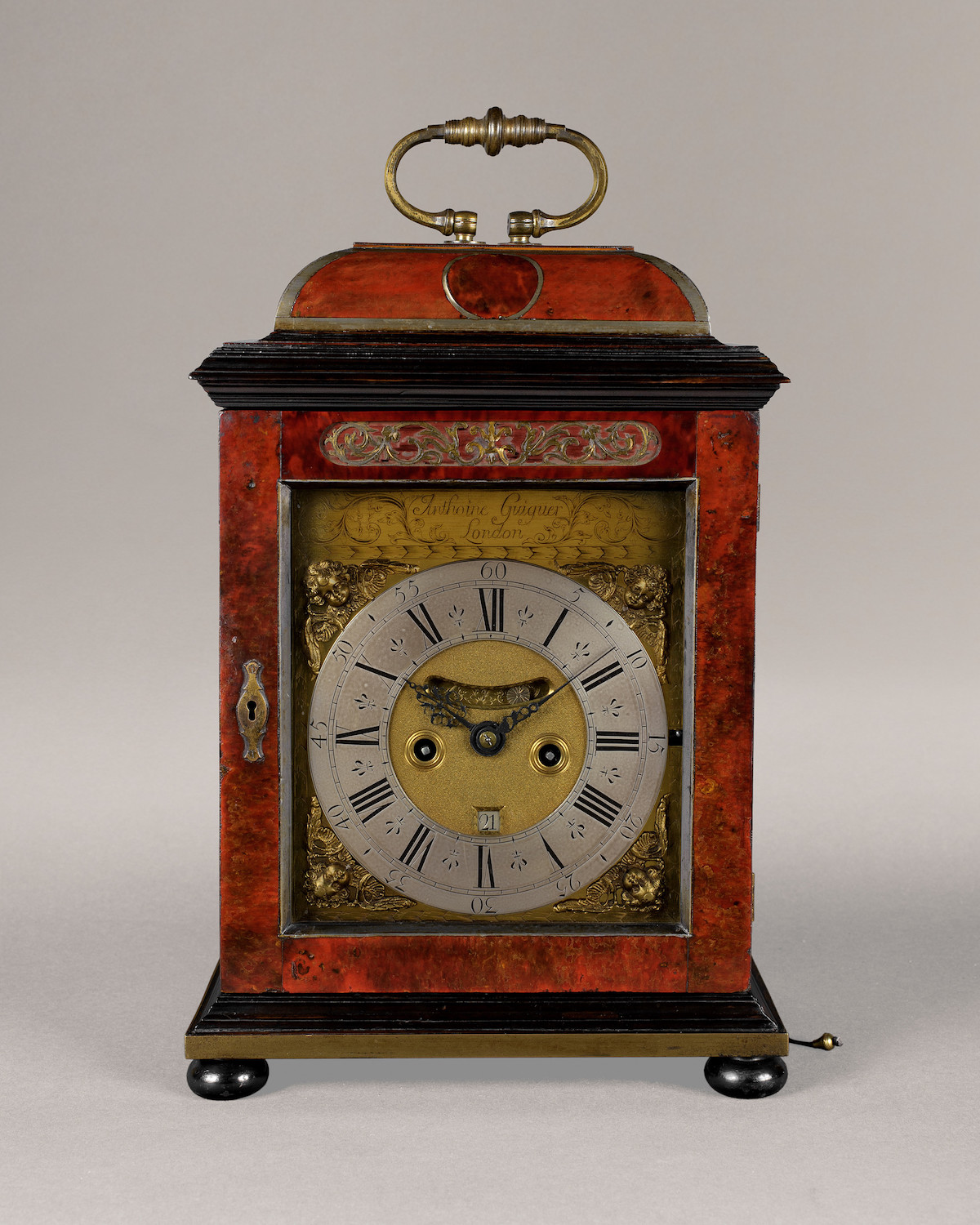 The dome top case is veneered with red tortoiseshell with ebony mouldings, pewter inlays and very delicately engraved pewter sound frets. The 7 inch rectangular brass dial is mounted with winged cherub head spandrels and a silvered chapter ring. The centre is finely matted with an aperture to view the day of the month and a dummy pendulum aperture. The maker’s signature is engraved at the top within scrolling foliage.

The twin fusee 8-day duration movement has a restored verge escapement, hour strike with strike/silent and pull quarter repeat mechanism, the quarters being sounded on six bells and the hours on a separate bell. The backplate of the movement has a wheatear border and flower and bird engraving.

There has been sympathetic restoration to the verge escapement and the quarter work appears to be original.

* Antoine Guiguer is listed on page 271 of Brian Loomes’s The Early Clockmakers of Great Britain. He was made a Free Brother of the Clockmakers’ Company in 1687 and is recorded as having an “illicit” apprentice James Girod. From his name it is most probably that he was of French Huguenot origin.

Tortoiseshell veneered table clocks were made for a very short period in the last quarter of the 17th century and are consequently very rare.