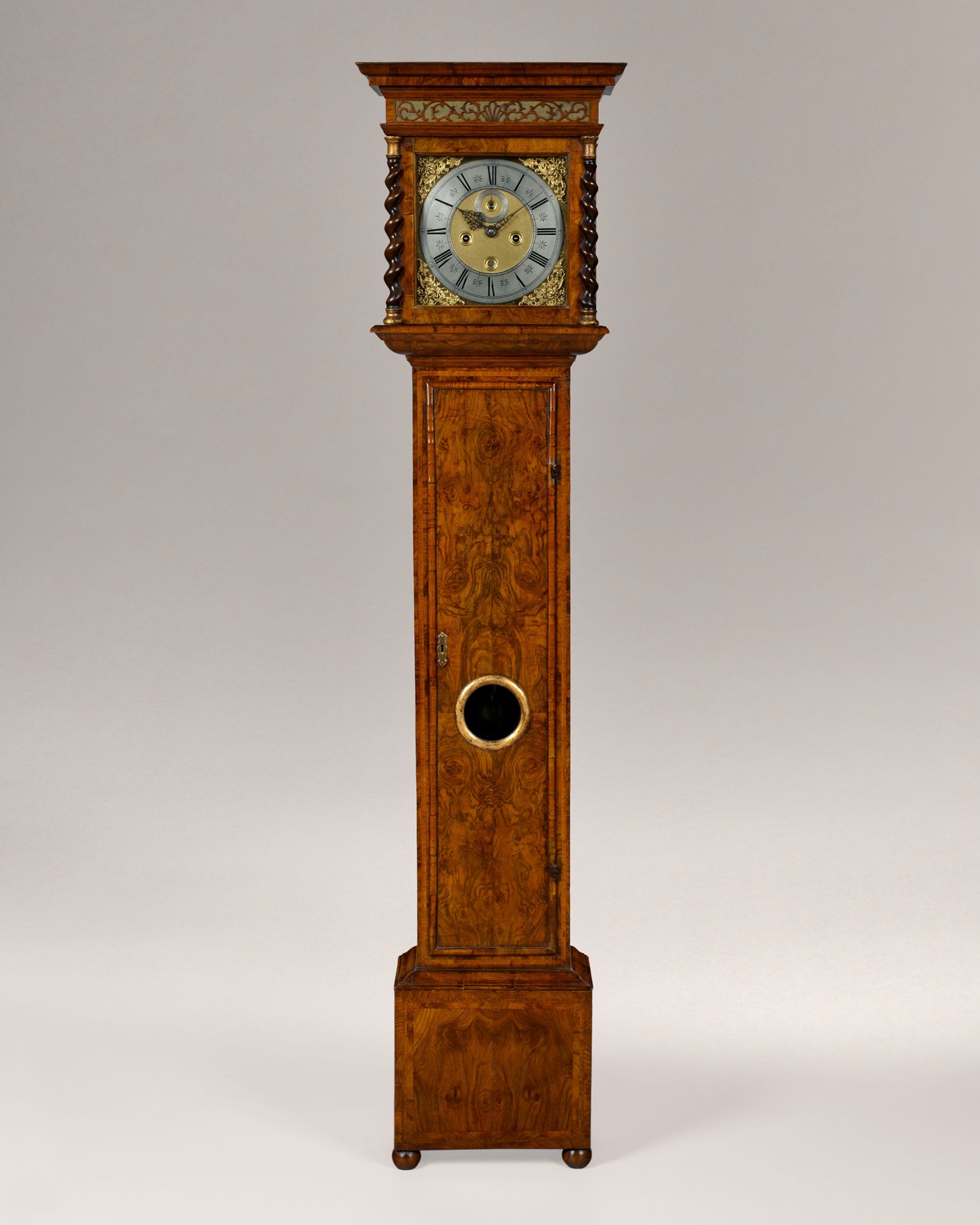 The oak case is veneered with fine quality figured walnut veneers and there is a gilt wood lenticle to the trunk door. The sides of the trunk are panelled with book matched veneers and are fully crossbanded. The walnut veneered hood is flanked by walnut columns with gilt wooden capitals and bases and there is a delicate sound fret below the cross grain walnut cornice moulding.

The 11 inch square brass dial is mounted with cherub and foliate spandrels, silvered chapter ring and a subsidiary seconds ring below XII. The centre is finely matted with ringed winding holes and there is an aperture to view the date. The maker’s signature is engraved between VII and V on the chapter ring and the well pierced and blued steel hands may well be original.

The top quality 8 Day duration movement has five pillars and the hours are sounded on a bell via an inside countwheel.

Late 17th century walnut clocks of this intrinsic quality and aesthetic appeal by famous makers are increasingly rare and hard to find. There are clocks by Joseph and his son Thomas Windmills in many important public collections around the world.
• This fine clock is illustrated as plate VIII in J.A. Neale’s book “Joseph and Thomas Windmills”. The clock is also illustrated in an article by Arthur Oswald in Country Life September 5th 1963 when it was at Papplewick Hall, Nottinghamshire.
Further reading:
(1) 'Joseph and Thomas Windmills' by J. A. Neale. The Antiquarian Horological Society 1999.
(2) 'The Early Clockmakers of Great Britain' by Brian Loomes. N.A.G. Press 1981 (Page 585).