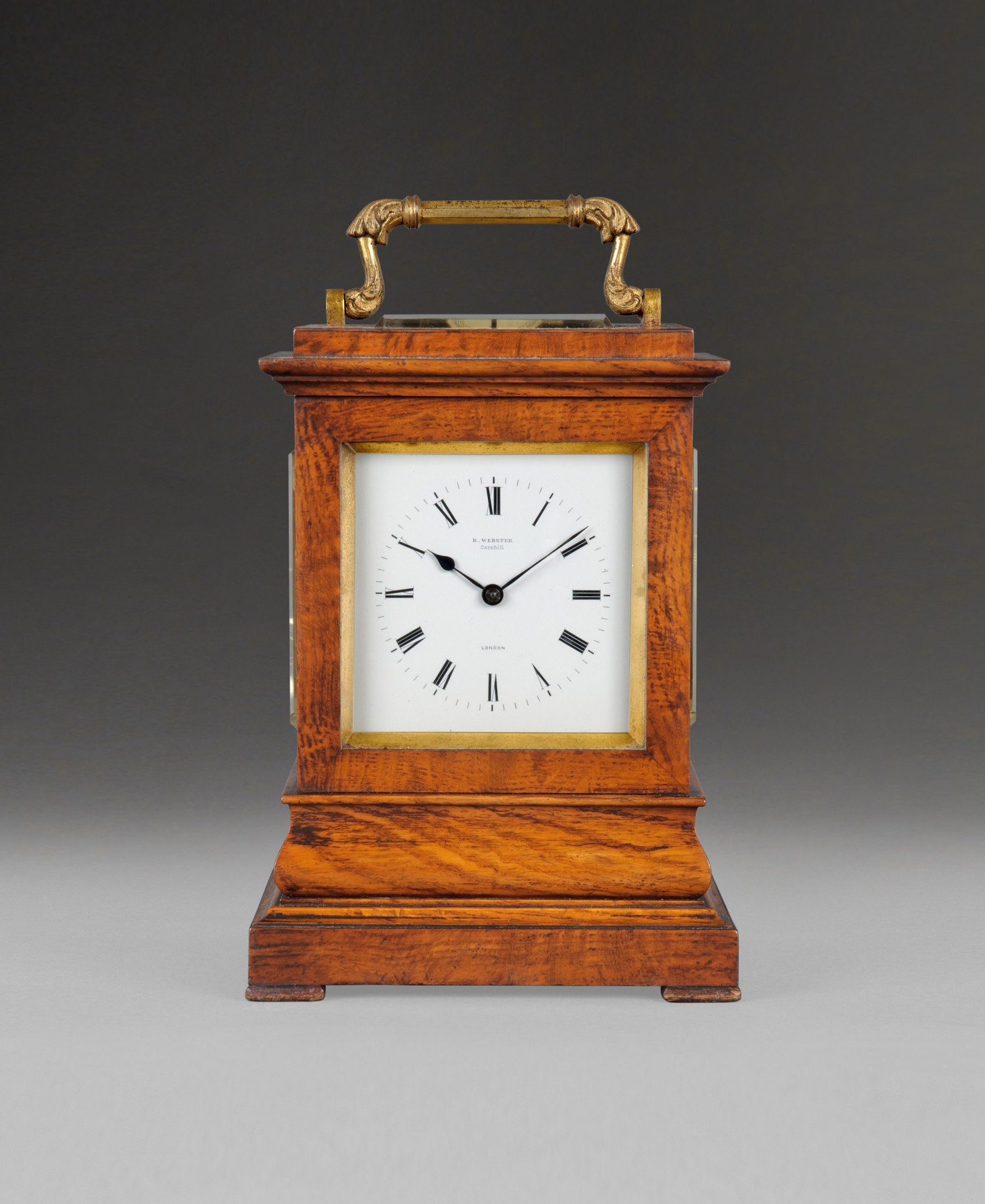 The white enamel dial with roman numerals is signed R Webster Cornhill London and this is repeated to the back plate which includes the serial number 14018.

* Richard Webster worked in London between 1857 and 1881. He was the descendent of William Webster who was a journeyman from Thomas Tompion and who first established the Webster business in 1711.
Signed / Inscribed
R. WEBSTER Cornhill LONDON
Read More Close
Call Us
Make An Enquiry
Make An Enquiry