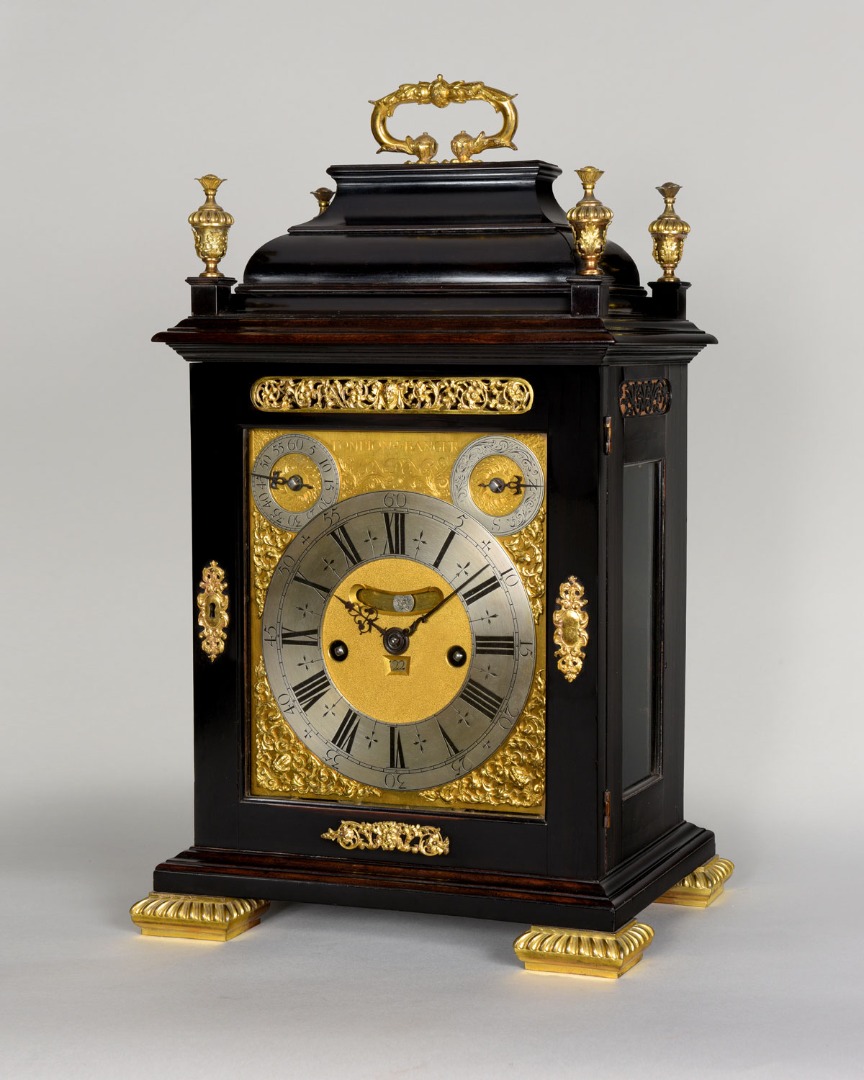 The  8-day fully latched movement has hour and half hour strike on 2 bells, a profusely engraved backplate numbered 444 at the base and is similarly signed by the makers. It has its original verge escapement and restored pull quarter-repeat mechanism activated by pulling a cord operated from either side of the case.

* This clock from the Nicholas Goodison Collection is almost identical to Number 418 illustrated on page 154 of  R.W. Symonds’ book entitled Thomas Tompion: His Life and Work. The backplate engraving is remarkably similar to that of  the highly important Hanover Grande Sonnerie tortoiseshell Tompion & Banger N° 417 shown on page 404 of Thomas Tompion 300 Years by Evans, Carter, Wright. Interestingly, this clock is also illustrated on page 284, figure 308 of Cescinsky and Webster’s English Domestic Clocks back in 1913.

By descent to his daughter Judy Tallents.