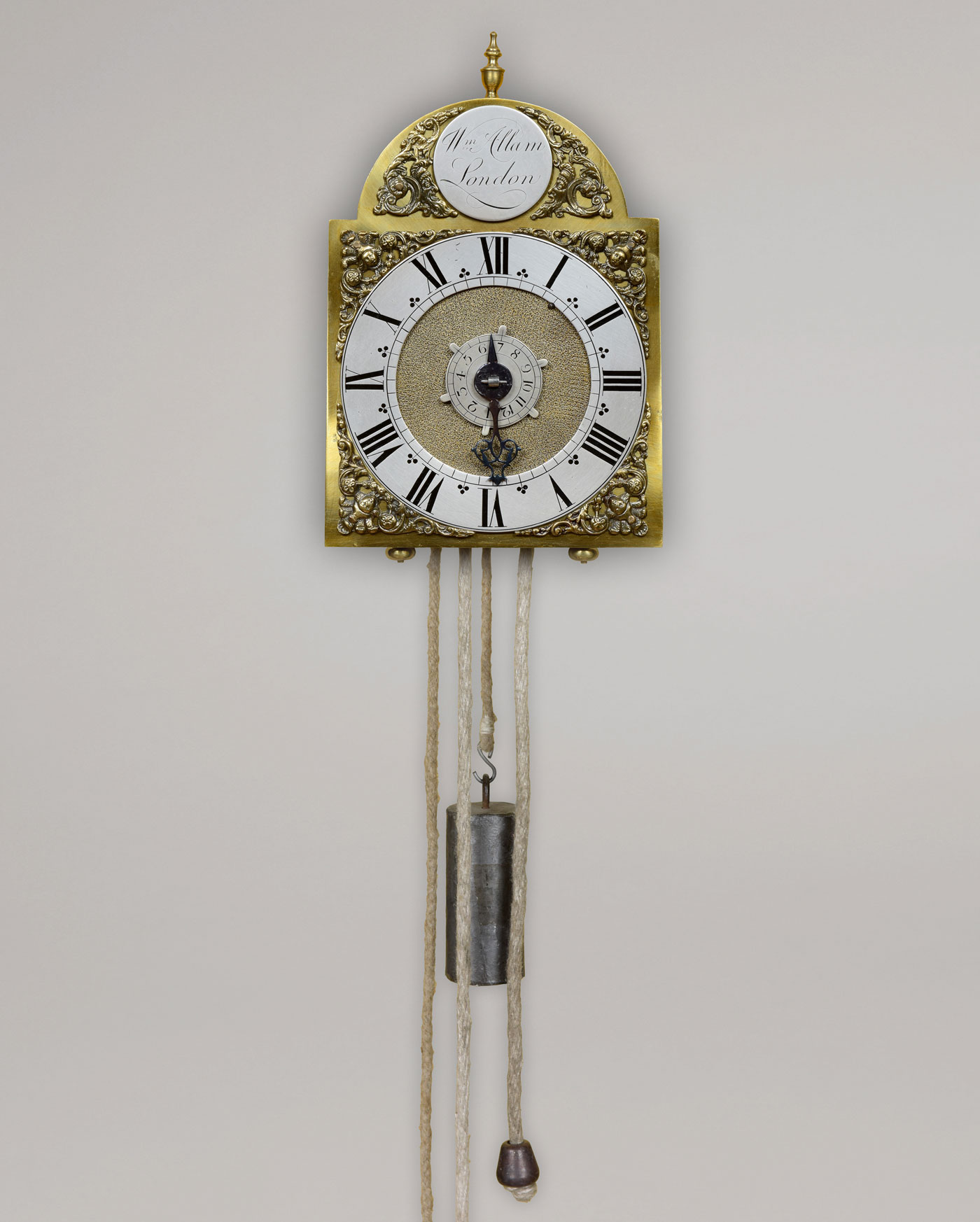 The 4 ¾ inch break-arch dial has a raised silvered brass chapter ring with Roman hour numerals and inside quarter-hour markings. It has a single pierced blued steel hand and a central alarm disc.

The maker’s signature is engraved on a raised circular silvered brass disc in the arch between gilt foliate spandrels.

* William Allam was a well-known maker who is recorded on page 11 of Loomes’s Watchmakers and Clockmakers of the World: Complete 21st Century Edition. Allam worked from Bond Street London and was a Brother of the Clockmakers’ Company between 1743 and 85.

This type of pantry alarm lantern clock was probably made for the servants’ quarters of a wealthy Georgian client.