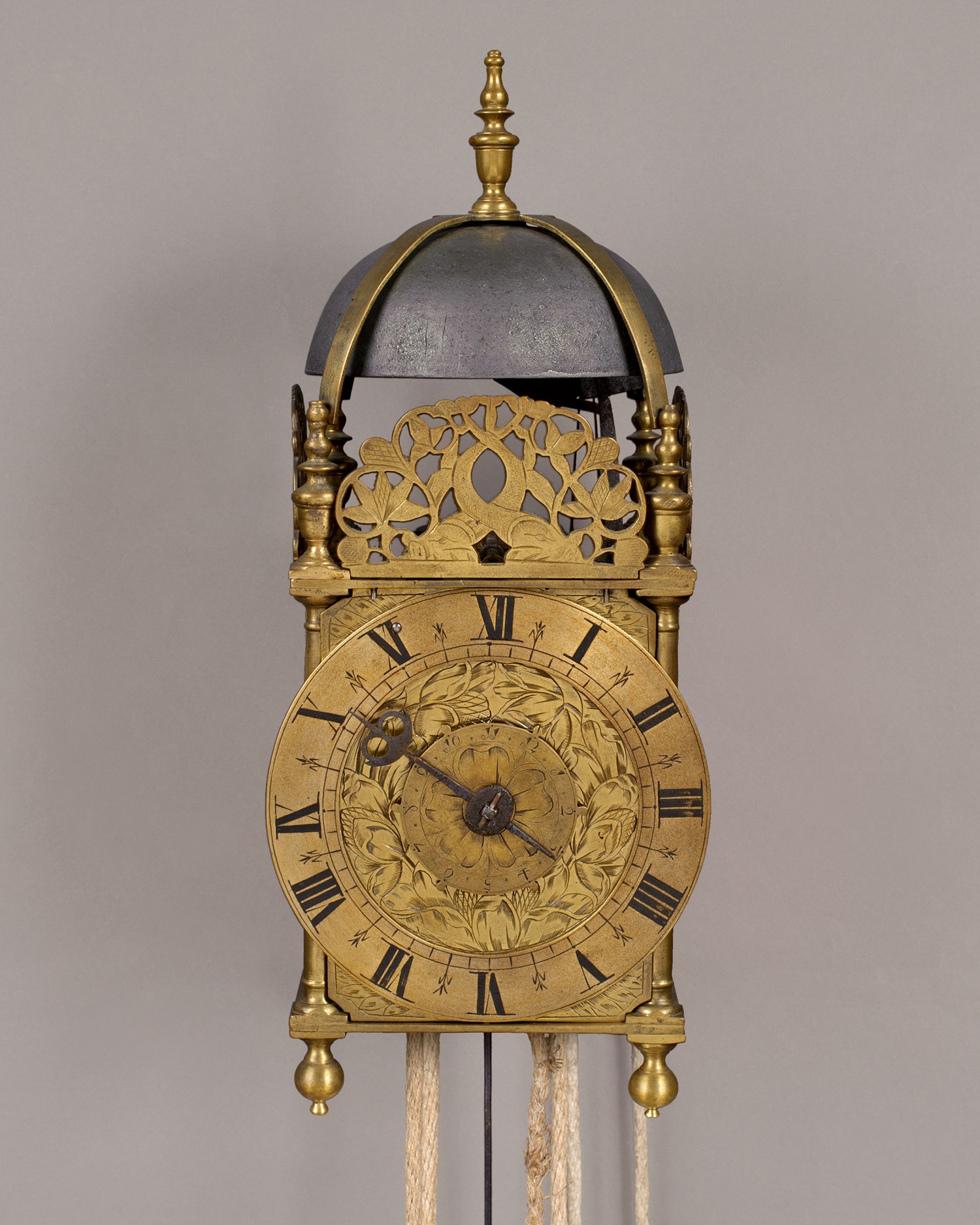 The dial has an elaborately engraved centre with tulips and foliage and a typically narrow chapter ring with Roman numerals . It has its original alarm setting disc and a finely pierced iron hand. The front fret is well engraved with a grotesque pair of dolphins and the design of the plain side frets is a simplified version of the front without the engraving.

The short duration movement has been converted from balance wheel to anchor escapement probably in the late 17th century and now has a long seconds pendulum suspended from a backcock. The restored Alarm train is also mounted on the outside of the iron backplate.