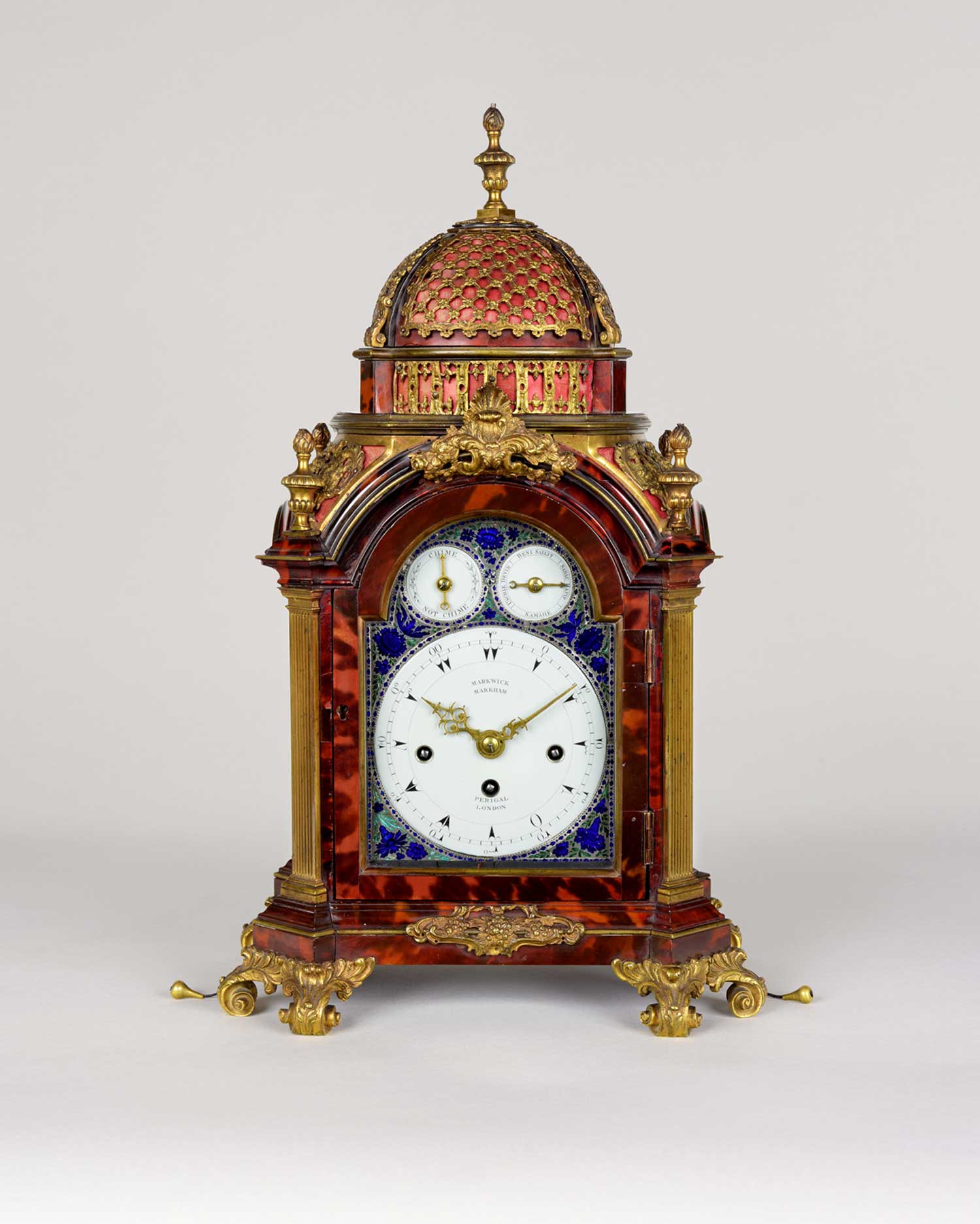 A fine and rare 18th century ormolu mounted tortoiseshell musical table clock of small size made for the Ottoman Market.

The elaborate case which stands on foliate scroll feet rises above four corner urn finials to a cupola mounted with four panels of foliate lattice work and a flambeau urn finial at the top.

The 4¼ inch arched dial is decorated with rich green and blue floral and foliate enamels against a silvered background. The two white enamel dials in the arch are for chime / not chime and a second subsidiary dial giving a choice of four tunes. The main dial has Turkish hour numerals and Arabic five minute markers. The beautifully pierced gilt brass pointers are fully engraved.

The three train fusee movement has seven knopped pillars with a knife-edge verge escapement. The hours are sounded on a single bell and the tunes played every three hours on a run of eight bells and twelve hammers. The backplate, which is signed Markwick Markham Perigal, is profusely engraved with flowers and foliage.

* The name Markwick Markham had died out in 1741 with the death of Robert Markham, the son-in-law of James Markwick. It continued to be used by a number of clockmakers producing clocks for the Ottoman Market probably for the sake of continuity and confidence with their Turkish clients. Among them Henry Borrell, William Kipling and Francis Perigal. This clock was almost certainly made by Francis Perigal who was working in Bond Street. He was Watchmaker to the King between 1770 and 1794.

This clock is very similar to one made and sold by Borrell under the name Markwick Markham Borrell we previously owned. The latter is illustrated in Ian White’s English Clocks for the Eastern Market, fig 9.17.