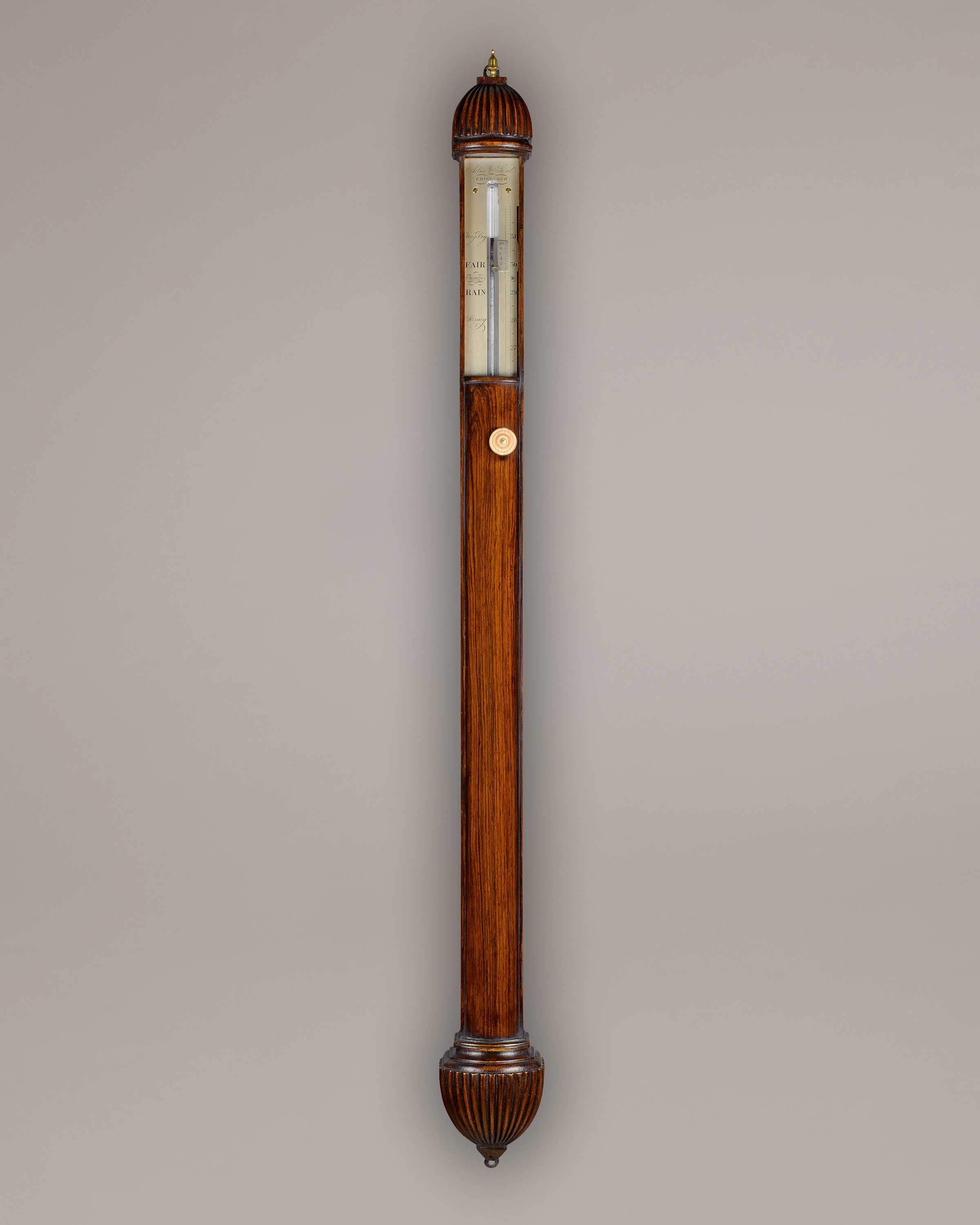 The case is in the classic Adie style with its tapering gadrooned cistern cover and finely gadrooned pediment. The elegant bowfront stem is veneered in highly figured rosewood.

This piece is a fine example from when Alexander Adie was joined by his son John in the business after 1835. It is signed Adie & Son, Edinburgh at the top of the silvered scale. It has a bone button to the right hand side of the trunk to adjust the Vernier scale of the barometer.