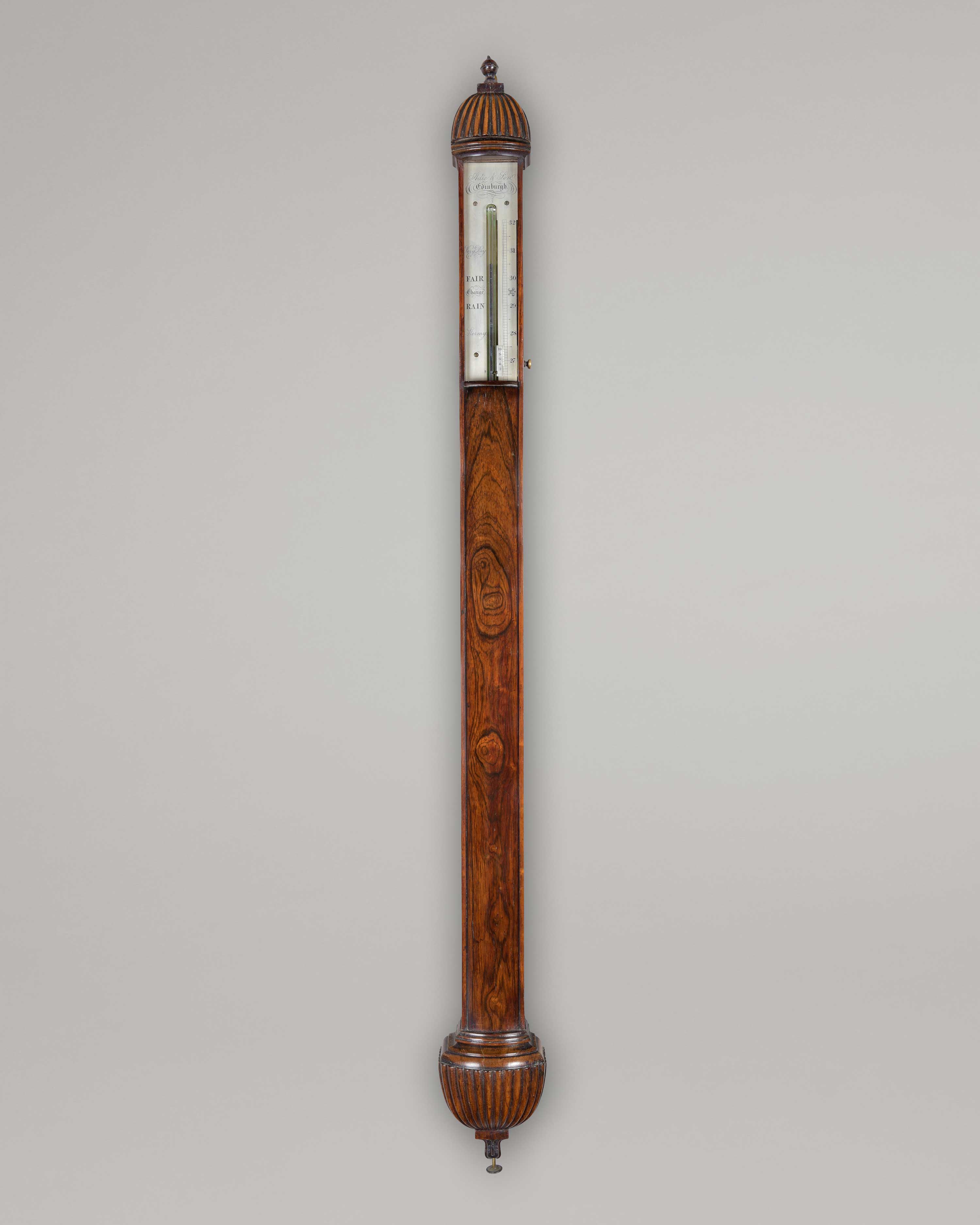 Origin
EDINBURGH
Date
Circa 1835 to 1840
A finely figured rosewood bowfront stick barometer by the most famous Edinburgh instrument maker.

The case is in the classic Adie style with its tapering gadrooned cistern cover and finely gadrooned pediment with its original turned wooden urn finial.

It is signed Adie & Son, Edinburgh at the top of the silvered scale. It has an original turned brass button to the right hand side of the trunk to adjust the Vernier scale of the barometer.