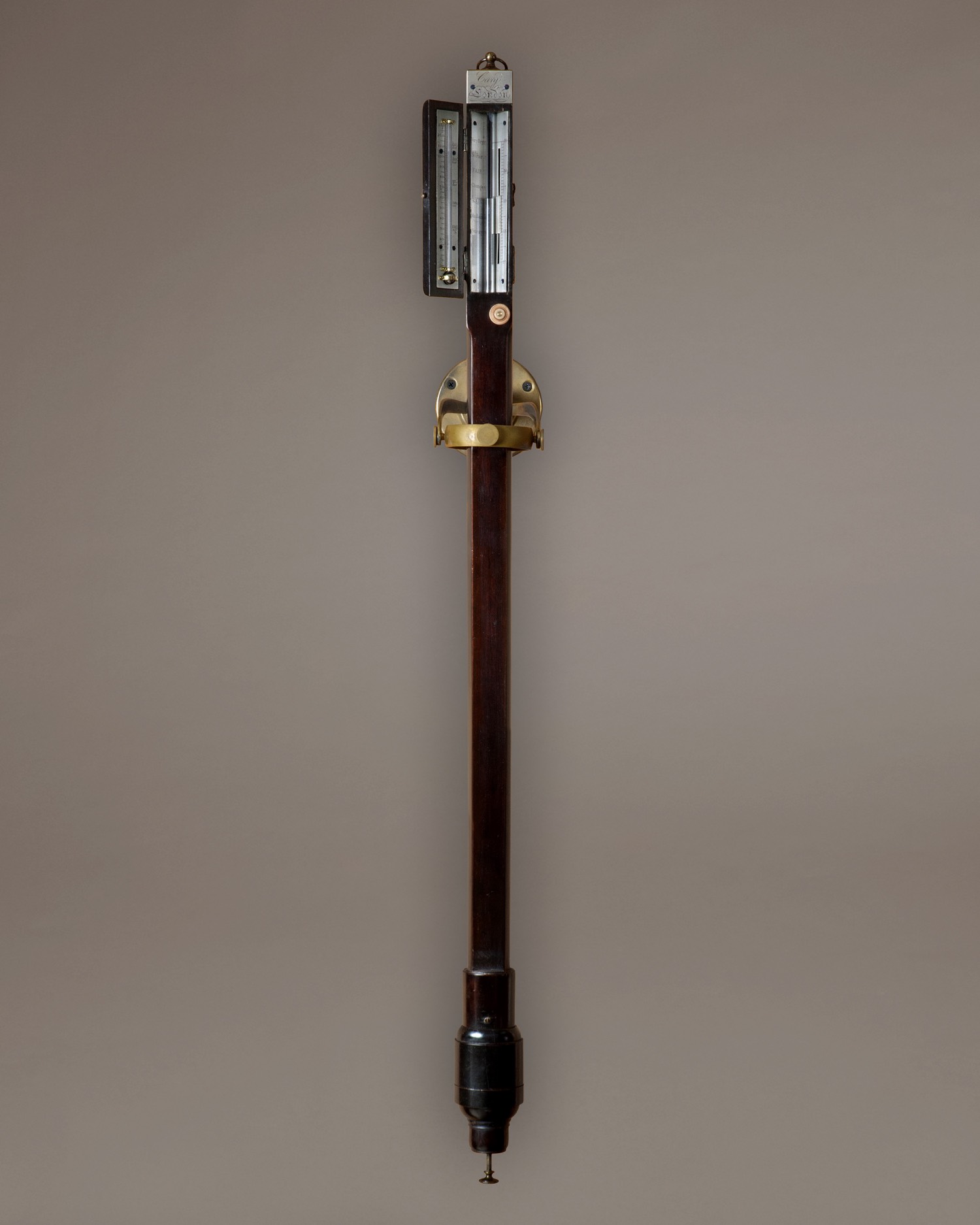 Origin
London
Date
Circa 1825
A fine early 19th century mahogany Marine Barometer. The elegant bowfronted case has a well engraved silvered brass register plate reading from 27 to 31 inches which shows the usual states of the weather. The maker’s signature is set on a silvered brass plaque at the top of the case. The daily reading of the barometric pressure in inches is taken by setting the top of the vernier plate against the top of the column of mercury.

The elegant mahogany trunk has an opening door at the top, on the inside of which there is a mercury thermometer that reads in Fahrenheit on an engraved silvered brass scale. The cylindrical cistern cover at the base of the stem is of finely weathered brass.
The instrument hangs on good replacement brass gimbals.


* Cary most probably refers to William Cary who operated at various addresses in the Strand between 1786 and 1825. He was the younger brother of John Cary the cartographer and the uncle of George and John Cary. He was a pupil of Jesse Ramsden and became a renowned instrument-maker. His two nephews took over the business when he died in 1825 but because of his very high reputation they retained the name of William Cary.
For a detailed history of the origin and development of the marine barometer, see chapter 8 of Banfield in which numerous examples of these fascinating instruments are illustrated.