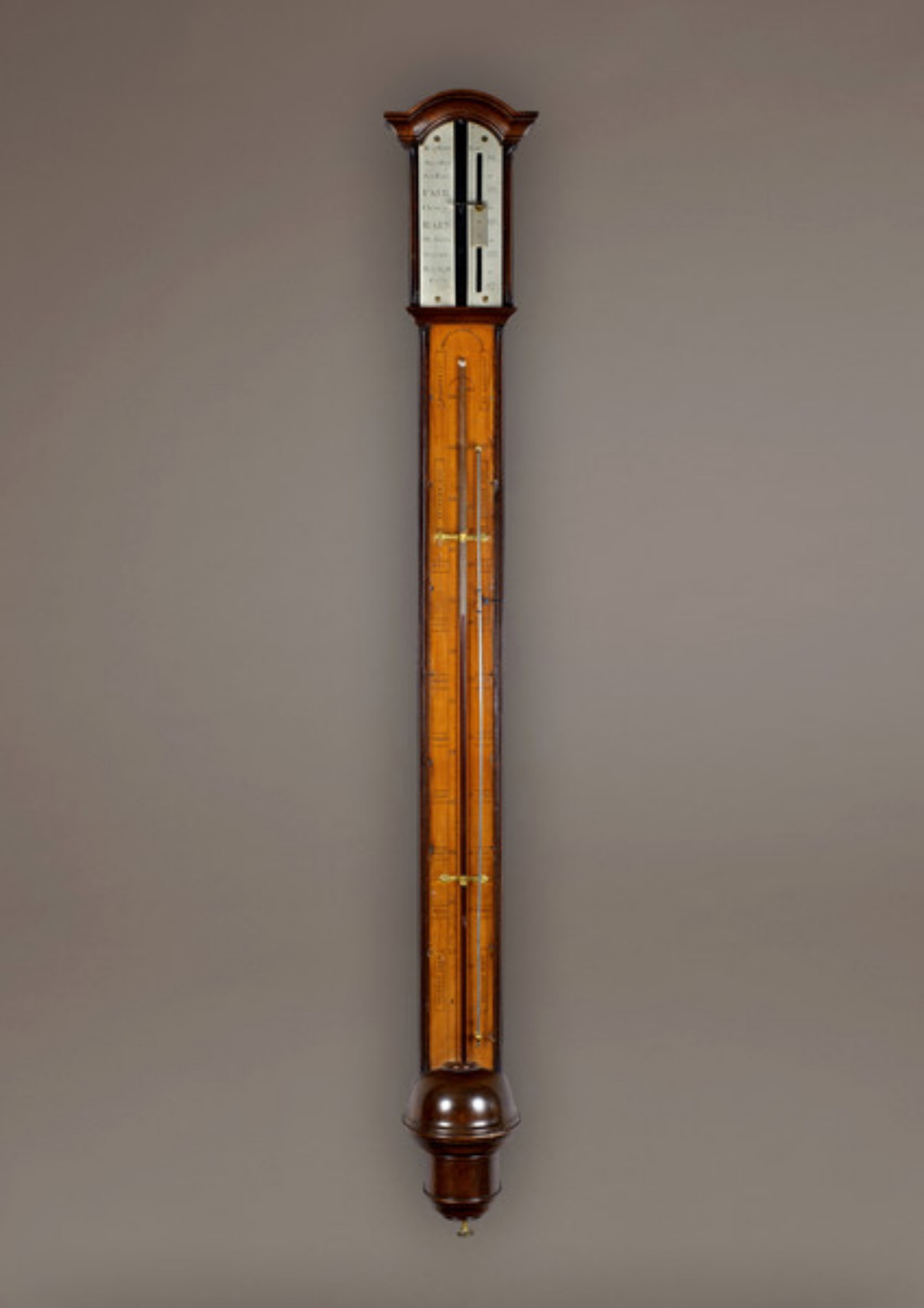 Origin
London
Date
Circa 1760 to 1770
A rare George III period mahogany stick barometer inlaid with boxwood; the thermometer with Fahrenheit and Reaumur Scales.

* Thomas Heath was a distinguished instrument-maker whose advertisements show that he made globes, spheres, weather-glasses, mathematical instruments with books on how to use them. Around 1750 he formed a partnership with his former apprentice, Tycho Wing, who was also his son-in-law.
Signed / Inscribed
HEATH and WING. LONDON
Read More Close
Call Us
Make An Enquiry
Make An Enquiry