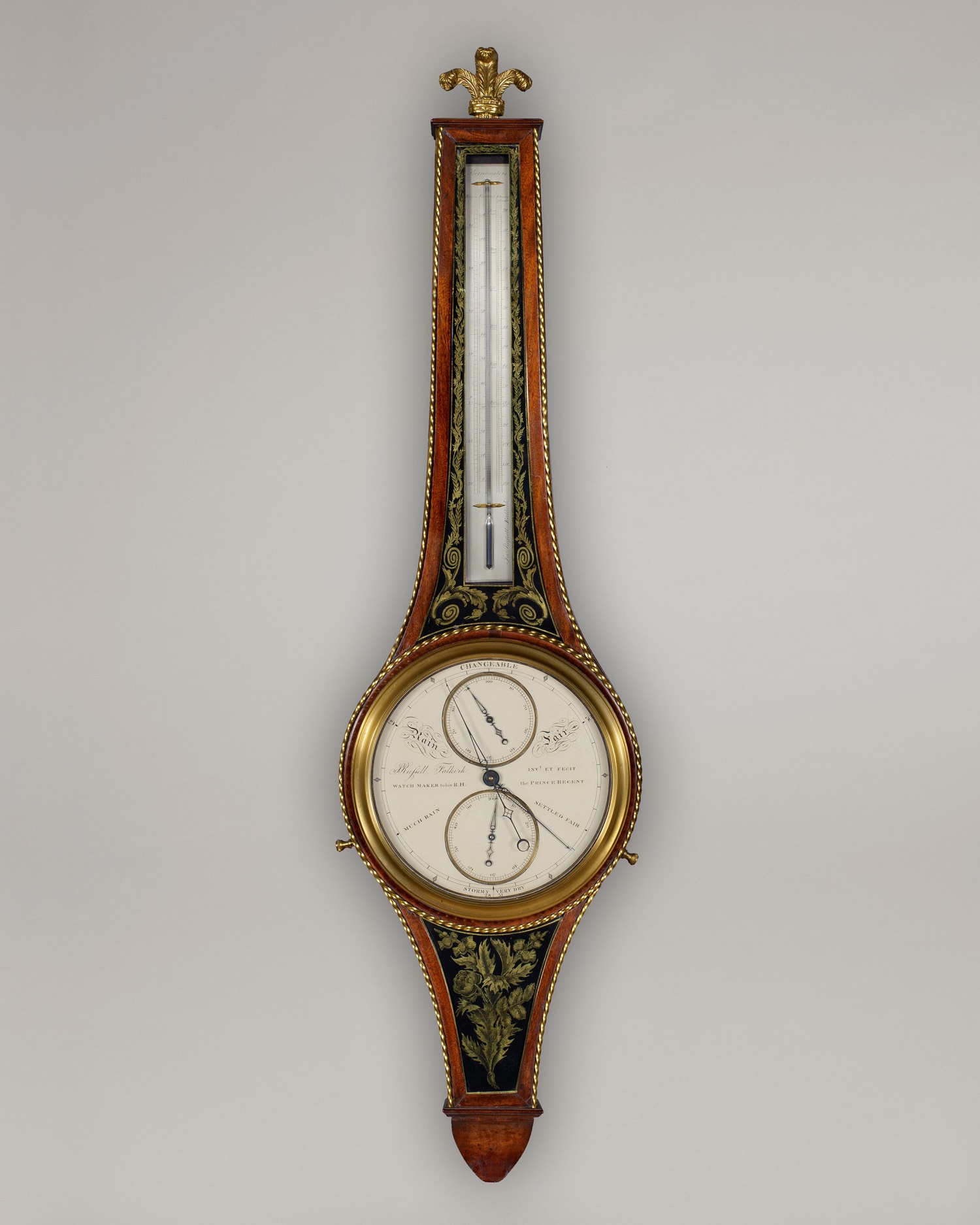 Origin
Falkirk
Date
Circa 1811 to 1817
A rare and distinguished example of Russell’s ‘Royal’ barometers.

In the late eighteenth-century John Russell was recognised as an ingenious clock and watch maker and as such was given the Royal Warrant. He was further acknowledged as a superlative maker of wheel barometers, developing his own design and applying many of his detailed watch making skills to the mechanisms. His most celebrated work was his production of several special wheel barometers which came to be known as his ‘Royal’ barometers. Principally because he made two similar examples for George III and another for the Prince of Wales, who later became George IV. One example still hangs in the Royal Collection at Buckingham Palace and a further example hangs in the Victoria and Albert Museum.

These wonderful barometers are veneered in mahogany with verre églomisé panels to the upper section above the main dial and around the thermometer and to the lower section beneath the dial. The verre églomisé is decorated in gold on a black background and as always the case, the lower section is decorated with a thistle, the national symbol of Scotland. The brass finial to the pediment is in the form of the Prince of Wales feathers and is most probably indicative of his connection to the Royal family.

The dating of the ‘Royal’ barometers is greatly aided by the fact that the title ‘Watchmaker to The Prince of Wales’ (later George IV) changed in 1811 on the establishment of the Regency to ‘Watchmaker to His Royal Highness the Prince Regent’. Consequently, this particular example may be dated between 1811 and 1817, when he died.